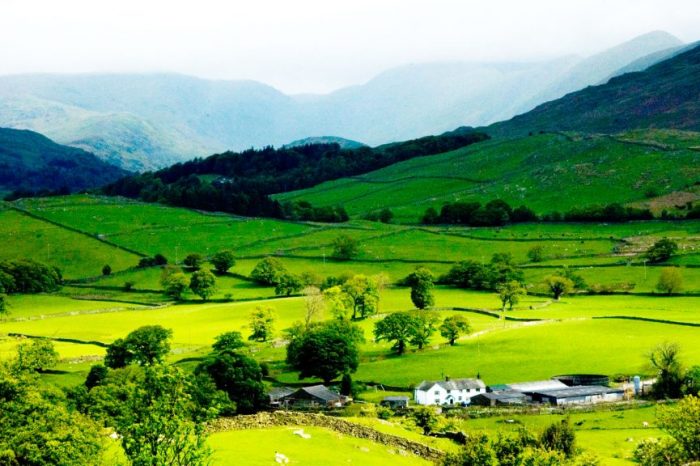 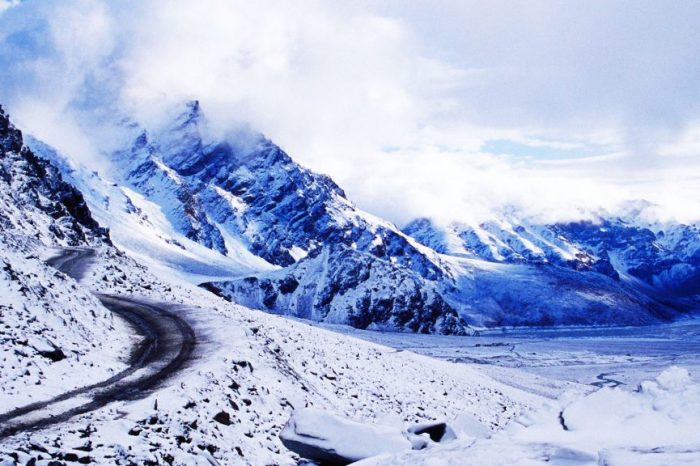 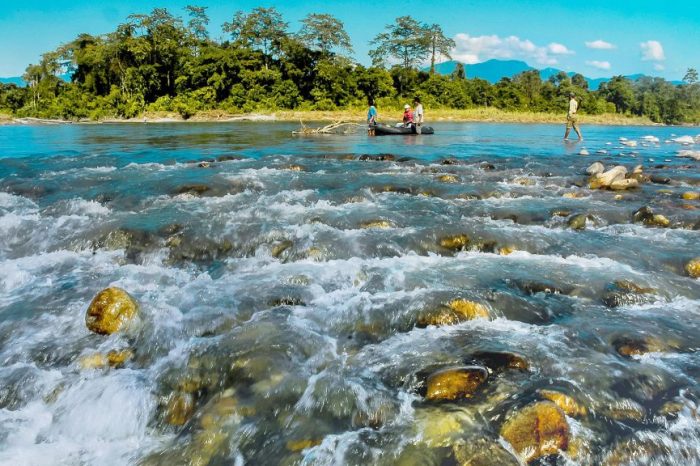 Arunachal is another gem in the North-Eastern part of India. It comprises of mountainous terrain. The capital city of Arunachal Pradesh is Itanagar. Arunachal Pradesh means the ‘land of the rising sun’. This state has a lush green valley which extends far down and the edges have high plateaus. The mighty Himalayas stand proudly with its head held high. The highest peak is Kangto which reaches a height of 7090 meters. The Brahmaputra is the main river that runs through the state along with its tributaries namely Tirap, Dibang or Sikang, Kameng, Lohit, and Subansiri. Approximately two-thirds of Arunachal Pradesh is a forested region. There is a rich variety of flora and fauna. Tropical evergreen forests and pines are found in the lower altitude. Whereas in the higher altitudes, it is dominated by coniferous temperate forests, alpine and sub-alpine vegetation with colourful rhododendrons.

Places to visit in Arunachal Pradesh

The charming town of Tawang is also pronounced as Dawang. It is perched at an elevation of 3048 meters above sea-level. Tawang cradles among the breathtaking snow-topped Himalayan Mountains. It means ‘horse chosen’. The beautiful village of Tawang is the best place for some food for the soul. You can nourish it and reconnect with it. This is the birthplace of great Dalai Lama. Tawang has many picturesque quaint monasteries. Tawang is a place wrapped in plentiful of nature’s bounties and spirituality. Tipi orchid sanctuary is a must see place in Tawang. Tawang is the cultural base of the state. Adventure lovers simply adore this place. Trekking, mountain biking, and hiking are the other adventure sports that one can do here. You can also catch glimpses of wildlife here. Tawang was once inhabited by the Monpa people who were from Tibet. You will need Inner Line Permits to travel to Tawang. The inner line permits can be availed from Kolkata, New Delhi, Guwahati, and Tejpur.

This is the Indo-Chinese border at a height of 5000 meters over sea-level. This history steeped place needs to be visited without fail. The Indian army contingent is seeing patrolling and protecting the border. This place should be visited on a clear day to immerse in this charming beauty. The fascinating painting of nature will spellbind you. This really amazing place is wrapped in snow. There are snow-clad mountains, frozen lakes, and snow-covered paths. Due to the rough terrain, only vehicles with 4 wheels are allowed to move on this road.

Situated at a distance of 42 km from Tawang, Shonga-tser Lake is a picturesque and very famous place. Perched atop at a height of 12,000 feet over sea-level, this pristine lake and its surroundings offer a respite from the crowd, noise, and pollution of the city life. It is believed that the lake was formed due to an earthquake that took place in 1971. Prior to that, it used to be a bed of grass. There are snow-clad mountains on each side of the lake. There are wonderful pathways surrounding this lake to take endless strolls. Funnily enough, this lake is also called as Madhuri Lake. The shooting of a popular song from the movie Koyla took place here. This is a perfect place for photographers. Some dead treetops protruding from the lakes provide a very beautiful image.

Sela pass is breathtakingly beautiful. This Heavenly piece of Land is the ultimate lifeline for the residents of Arunachal Pradesh.

The Tawang Monastery is the most sacred and most famous monastery in Tawang. It was established by the Merak Lama Lodre Gyatso in the year 1681.

Zemithang is at the extreme western endpoint of Tawang at the border of China. This is a paradise concealed in the state of Arunachal Pradesh. The valleys, cultivable lands, and the high mountains look stunning on a moon-lit night. Zemithang is about 100 km from Tawang. This place is in a completely different zone in Tawang and the whole way is through a low altitude. This beautiful road is peppered with lots of greeneries all around and during early December the area blooms with charming colours. Zemithang is an idyllic place where one should and must spend one night. The words ‘Zemi’ means ‘Sand’ and ‘Thang’ means ‘Plain Land’. Gorsam Chorten or stupa is the biggest stupas in the area which was believed to be built in the early part of the 12th century. It was supposedly constructed by a Monpa Monk named Lama Pradhar. The chorten is in the shape of half-circle and rises up in the sky.

This is a scenic little town in West Kameng in Arunachal. Dirang stands on the banks of River Kameng. This place is wrapped in snow-topped mountains, dazzling streams, cascading waterfalls, hot springs, and a rural attractiveness. It doesn’t have a very high altitude and hence it’s quite pleasant all the time. Dirang is positioned somewhat halfway between Tawang and Tezpur. It is 138 km from Tawang and 200 km from Tezpur respectively. The Dirang Valley is a very picturesque place. There is a lovely bridge on the river Kameng. There is also a lush paddy field on the other side of the bridge. You can buy local items from the Dirang Market. The simplicity and the smiling faces of the local people will win your heart instantly. You will get to see a lot of birds in here like the rainbow-coloured tragopans, white-throated redstarts, Rufous-bellied, and fire-tailed sunbirds. Everybody will love this place; especially the adventure hunters and photographers.

Sangti Valley is an off-beat destination whose beauty is beyond beautiful. This magical place is encircled with towering hills, fruit orchards, swiftly moving rivers and lush green forests. Sangti Valley enjoys very pleasant weather and light snowfall. Home to the black-necked cranes, this valley is around 15 km from Dirang. There is a Sheep Farm here where sheep are reared.

Interestingly Kiwi would grow around the forest of Ziro Valley as a wild fruit. But now the delicious Kiwi fruit has attained a great height in the commercial market not only in Arunachal Pradesh but also in entire India and abroad. The cultivators, as well as the consumers, are showing great interest in this fruit because of its easy maintenance and marketability. The fruit is rich in nutritional and medicinal qualities. The benefits of the fruit are many in commercial terms. It is cultivated in the months of October to December when no other fruits grow at that time. Also due to its hard texture, it doesn’t require any expensive or sophisticated packaging and thus can be transported to long distances. But then again to compete with New Zealand, Australia, and other countries, lot of care and hi-end technology is needed to sustain the production, packaging, and transportation.

Bomdila is a small hamlet of hardly 10,000 inhabitants and is perched at a dizzying height of 8800 feet over sea-level. The ethnic tribes who call this place their home include Bogun, Monpa, Sherdukpen, Aka, and Miji. Bomdila is gearing up for tourists. The elegant Bomdila shaded by imposing heights of the East Himalayan ranges all around gives it a very picturesque setting. This Himalayan land offers panoramic scenes. Untouched by commercialisation, this secluded destination is utterly scenic. Bomdila has apple orchids and quaint Buddhist monasteries. There are a number of trekking routes for the trekkers. Bomdila experiences an alpine climate with short and gentle summers. The summer season in Bomdila lasts from April to June. It rains in Bomdila between July and September. The winter season is from November to February and the winters are really cold. So the ideal time to visit Bomdila would be between April and October.
Bomdila Market:It is in lower Bomdila and the sellers are only female. The little shops in the market place sell a lot of local hand-made art and craft items. You will also get fruits, yak cheese, vegetables, Yaak churpi, woollens, etc. The entire place is drenched in colours. You can also pick up some interesting stuff such as masks, carpets, thangkas, and paintings.
Bomdila Monastery: This monastery was constructed in the year 1965. Later on, a bigger prayer hall was built. This is used as the lamas to pray.

It is a beautiful minuscule town situated on the southern fringes of the Himalayas in West Kameng. It rests alongside the charming Kameng River. There are verdant thick forests surrounding Bhalukpong. This is also a very famed archaeological site. The ruins of a fort of King Bhaluka are found there. The stone remains are from 10th – 12th century AD.

One of the tributaries of Brahmaputra is River Jia Bharali.

Tipi is a botanical garden equivalent to a paradise which is just about 5 km from Bhalukpong. It is home to 450 species of exotic orchids.

If you were already planning a trip to Arunachal Pradesh or developed an interest about this beautiful yet unexplored part of India after reading this article on Arunachal, then, you can definitely check out:
Offbeat Arunachal ; Grey Mountains ; Jia Bhorali ;
We have hand crafted these itinerary only for you. You can even contact us for more customized tour plans to Arunachal Pradesh.